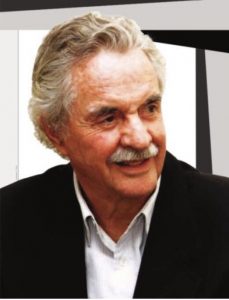 Carlos Byington, a psychiatrist and junguian analyst member of the IAAP, had his training at the C.G.Jung Institute in Zurich, just beforeJung’s decease. In Zurich he also had his analysis with Marie Louise von Franz.
He was one of the founding members of the Brazilian Society for Analytical Psychology, the first junguian society in Latin America, where he had taught until his decease on February 10th 2019.
He also had taught in many Latin American countries. He received a PhD for recognised erudition in Brazil and a title Ad Honoren in Uruguay.
Carlos Byington was the most important theorist in the field of Analytical Psychology in Brazil. He wrote many books and articles and he was a vivid example of a researcher of the Unconscious.