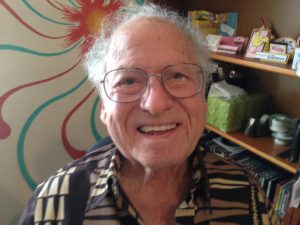 Meredith taught in UCLA Clinical School and UCLA Extension Division and worked in the UCLA physiological psychology laboratory.  Upon graduation from CalTech, he worked for Collins Radio Company in Human Factors Engineering, Lockheed, and firms offering engineering psychological consultations.  After receiving his Ph.D., Meredith worked in a clinic and two hospitals while developing a private practice, which was fully undertaken from 1968 to 2004.

After retiring as a clinical psychologist and moving to Sun City, TX, Meredith returned to his great love for sculpting, creating the numerous works that adorn his home.  He could often be found at the Clay Club working on his latest creation.  He loved art, music, writing, learning, teaching, and helping others with their inner needs. He sought beauty, peace, and mindfulness.

Shortly before his death, Meredith wrote, “After spending most of my life in self-analysis, I finally came to a place of inner peace and tranquility where I live in harmony with the soul as much as is humanly possible.”